An Undergraduate Academic Adventure in Minneapolis

In June 2019, I was fortunate to attend the Annual Conference of the North American Chapter of the Association for Computational Linguistics - otherwise known as NAACL (one of the top venues for research in natural language processing). My collaborators and I published a paper on the evaluation of open-domain dialogue systems (e.g. chatbots) and we were eager to share our work with the research community! 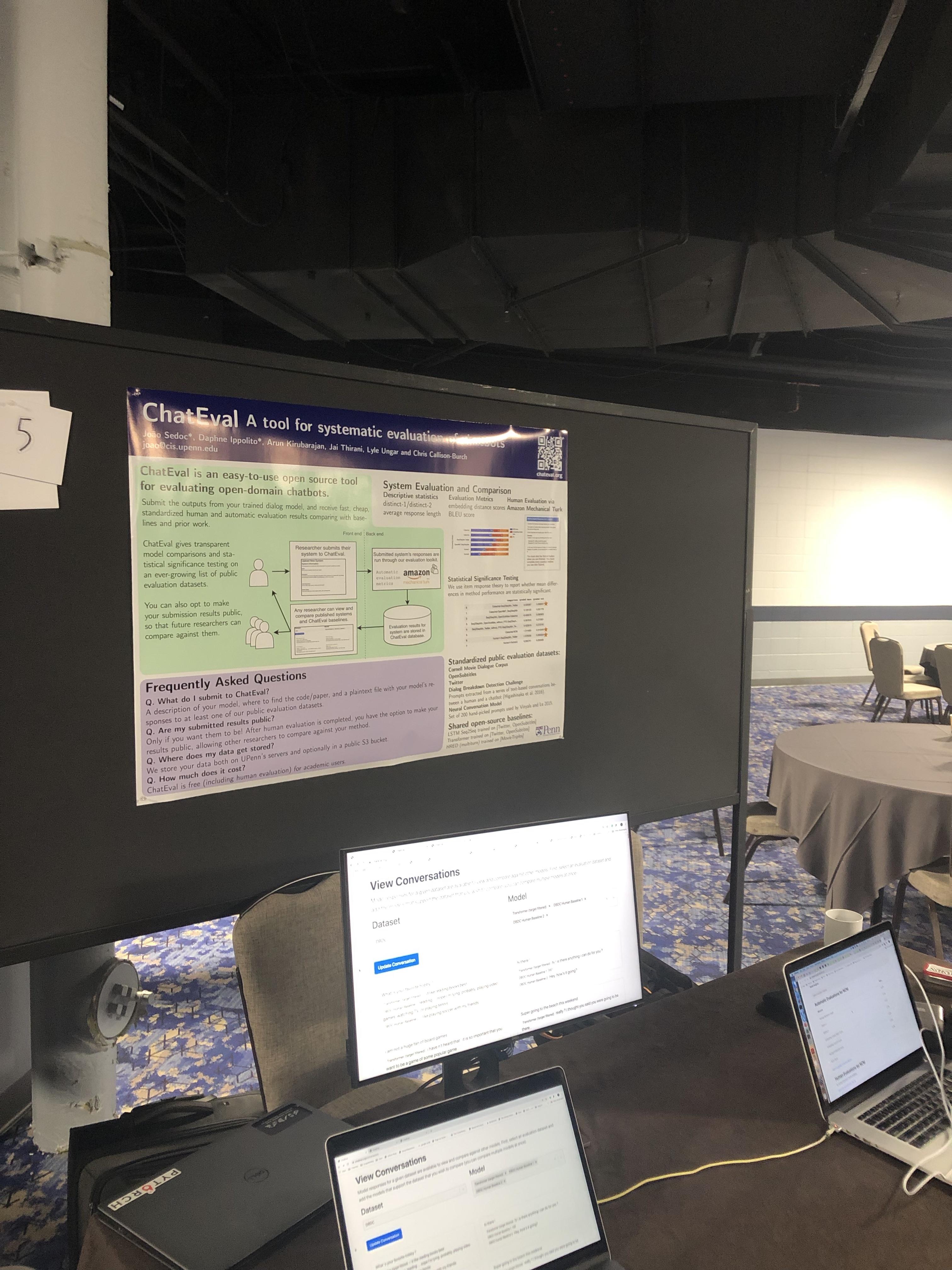 our booth (and demo!) at the conference

More importantly, it was my first time at a research event for natural language processing. From all the live demos of friendly conversational agents, to the industry booths boasting the machine learning efforts of Google and Two Sigma, it felt like there was electricity in the air; I was enthralled to finally get involved in the community.

Not a lot of undergraduates think too hard about research, so I'm writing this post to show how interesting research can be, and how fun events like this can be.

In 2019, NAACL was held in Minneapolis, Minnesota at the Hyatt Regency (which was a really nice venue). Since it was the middle of summer, I was worried about the weather being a bit too hot and humid for my liking. This turned out to be fine, since the conference itself (which was indoors, surprise surprise) was a lot more exciting! 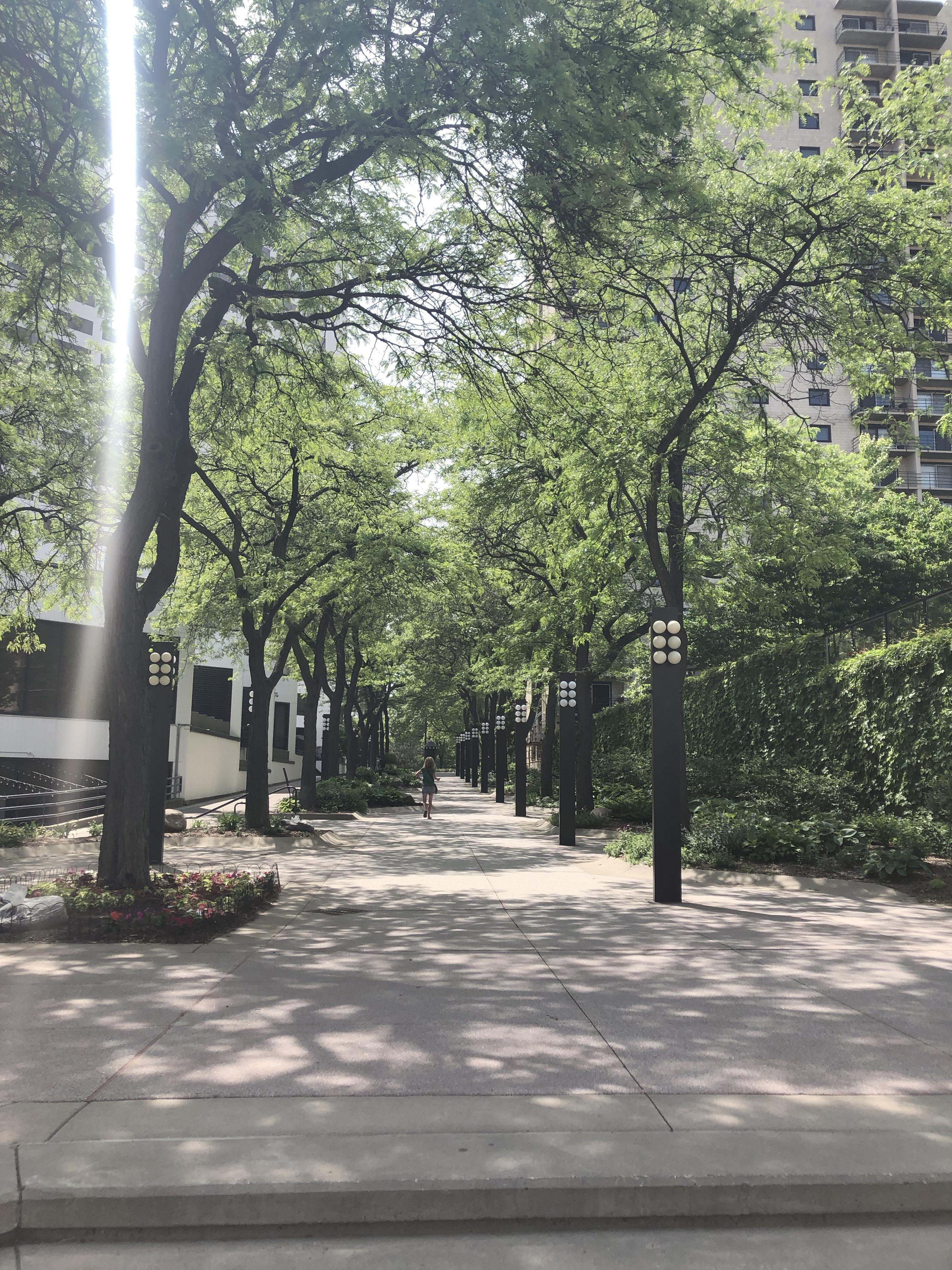 a nature-filled walk outside the hotel

I remember NAACL being a pretty big and busy conference (not as big as NeurIPS, but definitely bigger than anything I had ever been to). There were researchers representing both universities and companies from across the world, and everybody was eager to see the latest and greatest in computational linguistics. The University of Pennsylvania had a lot of researchers attending, but it was valuable to witness the research being done at other institutions.

The papers at the conference were obviously very impressive. I remember going to the BERT talk, and feeling like I was witnessing history (in the NLP world).

Some papers that are still on the back of my mind from the conference:

I felt like Charlie in the Chocolate Factory, wandering about the venue. There was a lot of interesting research being done, in areas and directions that I had never conceived of. To this day, I'm still thinking about the topics discussed at NAACL, and following up with the research presented there. Something that suprised me about the otherwise technical conference was the value of the people I was able to meet. For example, I met researchers whom I had only known through their work (and had remained otherwise faceless to me). For example, on Twitter I'm a big fan of Alexander Rush, and one of my co-authors was able to introduce me to him over coffee. Later, Graham Neubig came to our booth and asked us questions about our paper, and played around with our demo. I'm sure neither of them remember, but it was a big deal for me!

Something I didn't expect was that the industry booths ending up being a lot of fun. I was able to speak to machine learning researchers and engineers from companies such as Facebook, Bloomberg, and Amazon, as well as various promising startups. I was a nice change of pace from recruiting at school, since booths like that are usually over-crowded with aggressive students. At a research conferece, most people are pre-occupied with the interesting posters and demos, which made it easy for me to stroll over and have some great personal conversations with industry folk. And of course, the swag was unbelievable, even for tech standards.

Overall, meeting a variety of interesting papers, researchers, and companies made the conference a very eye-opening experience.

Originally, I was a little dissapointed with the location of Minneapolis since we had a paper rejected by an unnamed venue in Hawaii (which would have been awesome), but I quickly learned to appreciate the Twin Cities. One of my jokes from the weekend that went underappreciated was referring to the city as MinneSOTA (the abbreviation for "state-of-the-art"). 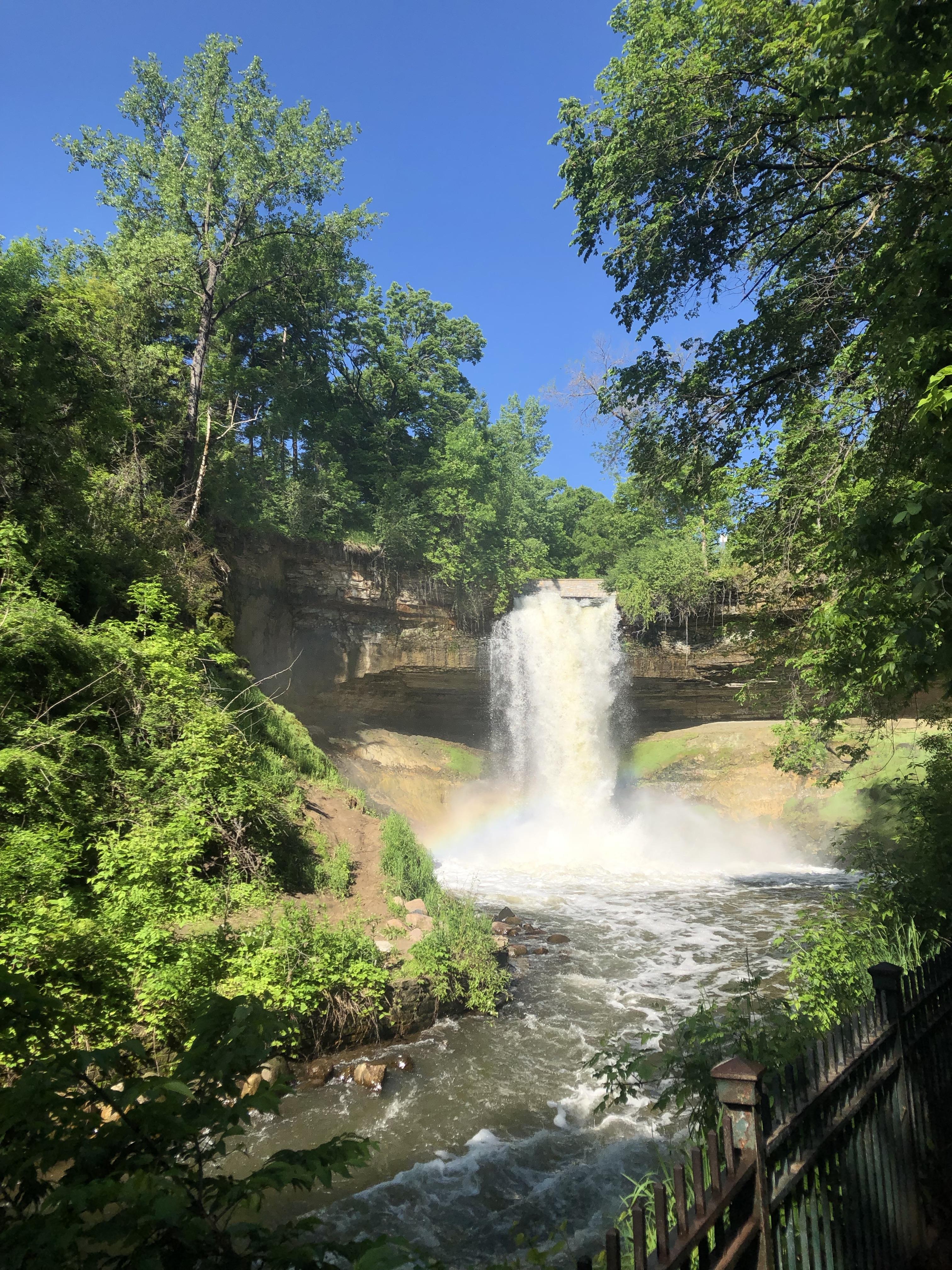 One of my best friends from college, Mickey, is from the area so he hooked me up with some cool places to visit like pretty nature-y spots and coffee shops. The fact that Minnesota has a bunch of bodies of water really cannot be stressed enough. As somebody raised in Southern Ontario (near the lake), I got a lot of Canadian vibes from the geography of the area. Plus, the people are really nice. I had a lots of good conversations with various Minnesotan folk, ranging from café workers to the hotel staff at the venue.

I made the mistake of not asking the PhD students about how to get the most out of the weekend. Thankfully, I ended up playing it by ear and figuring it out along the way. Here's some quick tips I would give to any undergraduates (or other researchers) attending a conference like I did:

You can catch up on the papers and posters at home. It's hard to find such a congregation of diverse researchers (and interesting people!) anywhere else, so this is your time to mingle and learn about others' perspectives on research and life.

With all the innovation at research conferences like NAACL, the air can feel electric; you should absolutely use that to your advantage. I'm sure academia veterans probably can feel a little jaded about conferences, but as a student this is the best time to feel for what your interests are and get a feel for the general direction of the field.

I think the value of location is underrated when considering technical conferences, since it's a great opportunity to explore! You can think about it as being a subsidized vacation, with the conference being one of the attractions of the area.

Overall, that weekend ended up sparking some academic interests in me that I am still excited about. I was able to meet a lot of cool people, and see a lot of cool things. Even if you don't publish a paper, I highly recommend attending a research conference like this to see what research is all about!